Our website uses cookies to provide you with the best service and most relevant user experience.
Further use of this site will be considered consent. Details ACCEPT
„You have to learn the rules of the game.
And then you have to play better than anyone else.”
Albert Einstein
ABOUT US

We are ready to get rolling...
The packaging technology is amazing. And complex, too. On the other hand, our philosophy is rather simple: we are confident that together with our partners we will bring fresh ideas and a new momentum to the packaging industry in Hungary and beyond. It is not only a mutual contribution to success but also to the shaping of the future. Relying on our 25 years of professional knowledge and our technology, we have the potential, and the ambition, to become one of the leading manufacturers of packaging materials in Central and Eastern Europe. In brief, we are ready to get rolling. It is no coincidence that we have chosen the dice as the symbol of our company. Just like a dice we are many-sided, whilst the sides represent values that we are governed by.

FLEXIBILITY
Requirements and demands can change quickly. We are always ready to improve our service, in each case we strive to respond in a most flexible way.

INDEPENDENCE
The only thing one can truly rely on is one’s own power. We work with our own proprietary technology and rely on the peerless expertise of our people, without using any external support.

PARTNERSHIP
For us, partnership with a customer means more than just properly manufacturing what the customer ordered. We believe in proactivity and close collaboration with our customers.

INNOVATION
Our continuous improvements enable us to meet the most stringent requirements and to provide individual solutions to our partners every day.

QUALITY
We believe that quality does not only mean the high standard of the finished product but it also includes a high level of service from the first inquiry to delivery.

COMMITMENT
We feel very enthusiastic and at the same time humble about our profession. We trust that our dedication will gain our customers’ commitment. 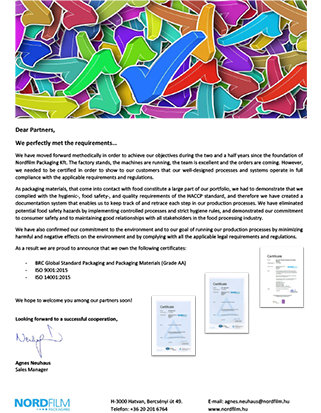 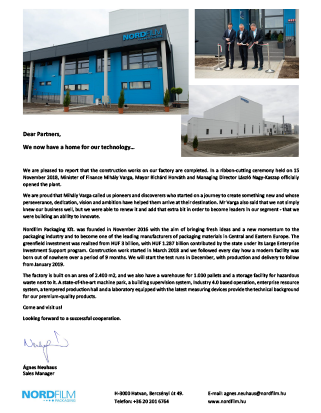 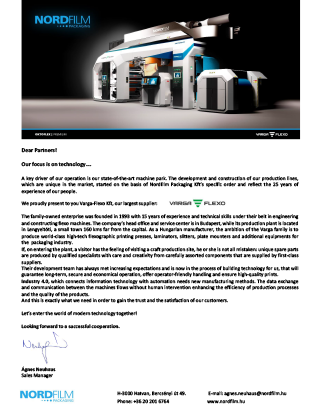 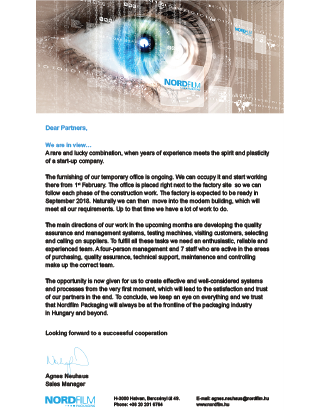 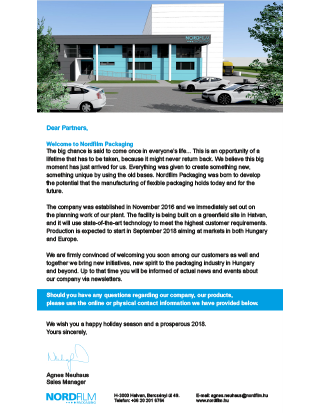